Emma Higbee became a Pioneer when she was 11 years old. 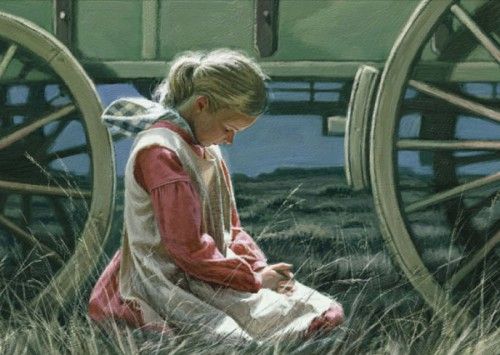 Emma’s family were Mormons, and they lived in the frontier town of Nauvoo, Illinois, along with many others of their faith.  They had spent years, all of Emma’s life, being chased from one town to another across four states as they tried to live peaceful lives and create something good.

Finally, when Emma was nine, her family had to leave their home in Nauvoo and start for the American West, a place no one lived.  If no one was there, no one would bother them.  At least, that’s what her Papa told her.

Emma’s family — Papa and Mother, Emma’s step-brother John Sims and her baby sister Minnie — traveled for months and only got as far as the makeshift town they called Winter Quarters on the western edge of Iowa Territory (now Omaha, Nebraska) before they had to stop to rest and save money to buy supplies for the rest of their journey.  They stayed there for two years.  Emma’s Papa ran the ferry across the river to help other families coming behind them.

When Emma was 10, Brigham Young took the Vanguard Company, the first group of Mormons, and traveled to the Salt Lake Valley.  He came back telling of a peaceful, safe place where they could build and grow.  Emma was ready.  She was done living in a tent.  She wanted to go to Zion.

Well, she wasn’t quite done living in a tent.  In 1848, the summer before Emma turned 12, she and her family walked 1,031 miles from Winter Quarters to the Salt Lake Valley.  Along the way Emma saw babies born and a child die, she faced hunger and consuming thirst, and she came face to face with a herd of bison in her company’s camp.  Her faith was tested as she became lost along the wagon road and relied on the teachings of her father and her own experiences with prayer to find her way back to her family and eventually to the Salt Lake Valley.

On September 24, 1848, Emma Higbee arrived at Zion.  It wasn’t exactly what she’d expected.  It certainly was nothing like Nauvoo.  But there was peace there, and the opportunity to live her beliefs.

Emma Higbee was a Pioneer.